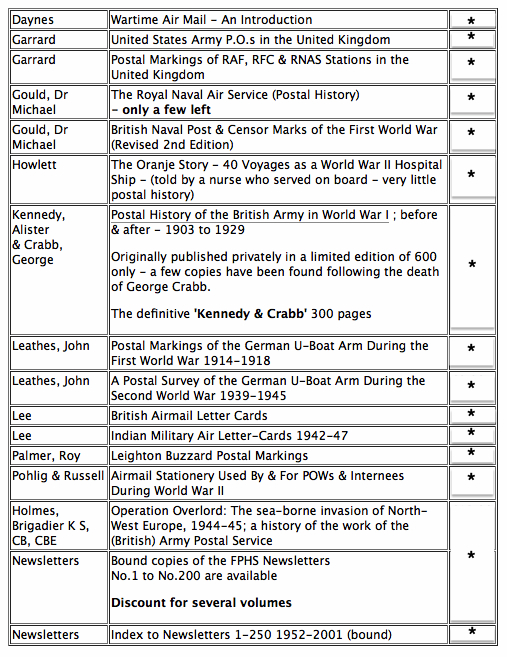 The Postal History of the British Army in World War I: Before and After - 1903 to 1929 by Alistair Kennedy & George Crabb

This title was first published in 1977 privately by George Crabb in a limited edition of only 600. It quickly established itself as the definitive postal history book on the BEF in World War I.

Over the years it has appeared for sale at book auctions and has maintained its popularity.

As a direct result of its publication more information on postmarks and censor markings has come to light and some has been published. 'Kennedy & Crabb' (as this title is affectionately known to postal historians) has not been surpassed, however, containing as it does a wealth of information that has stood the ultimate test. It is still regarded as the definitive tome on the subject.